In 2006, Nokia released the first mobile phone to have Near Field Communication (NFC) technology.  The thought behind initially including this technology was for ease of sharing information and content with other devices. 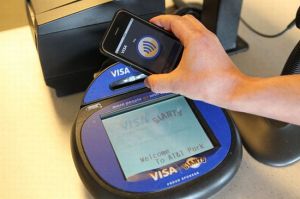 As smartphones became popular in the market in 2008, developers of these devices started to think of new ways to use NFC.  The idea of using our smartphones as a way to store our credit card and banking information became the new concept.  Consumers could pay with their smartphones at any NFC terminal.

Although, Near Field Communication has seen a rough road for several reasons.  One is that merchants are wanting consumers to have the capability to use NFC for payment before investing in the technology for their businesses.  Consumers want merchants to offer payment methods like NFC at their locations.  Hardware developers are concerned about security, and major players such as Apple have shied away from adding this technology.  Therefore, traction for this technology is lagging… for now.

Apple is in the process of working out a plan for its own version of NFC.  While some may see this choice as a delay tactic or a way to control what is going on with NFC, I believe that Apple is being cautious.  Whether or not this path is the right one, I believe that mobile developers need to solidify mobile couponing and creating worth-while in-app deals and incentives before moving on to the next big thing.

Over this past weekend, I was discussing the movie, “Alice in Wonderland” with my friends; the made-for-TV version from 1985 – not the latest Tim Burton 2010 version with Johnny Depp.  The conversation turned very interesting when we tried to remember any of the names of the actors in it.  Thus, I turned to my iPhone to search for the movie.

At first, I opened my browser and typed in, “Alice in Wonderland.”  Too many irrelevant (contextually speaking) results returned, because my browser didn’t know which one I wanted.  I quickly became frustrated, because I truly couldn’t remember more about the movie, much less what year it was made since over 25 years had passed.

Thus, I turned to my IMDb mobile application, and had the answers we were looking for in less than 30 seconds!  We were soon reminiscing about the movie, the actors, and where we were when the movie hit our TVs.

My point – mobile apps have made finding information, socializing on the Internet, and finding places, food, and entertainment quick and easy! 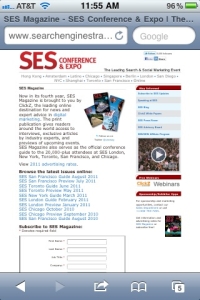 Whether we are trying to find a local restaurant or drugstore, wanting to share something on social media, or share a photo while on vacation, we turn to our mobile apps.  Some apps, such as the camera, video, and mapping (including GPS) are all built into the smartphone.  But we quickly turn to our other apps to get an optimized experience that only apps can provide.  Several great examples are, Facebook, Twitter, Google Earth, the AP Wire, The Weather Channel,Urbanspoon, Yelp!, Fandango, Shazam, Netflix, Dropbox, Evernote, and Foursquare just to name a few. 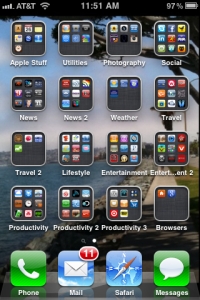 Simply put, the iPhone and Google dominate approximately 62% of the smartphone market.  Also market saturation now has the United States sitting at about 50% of all mobile phone consumers owning a smartphone.  With this level of growth and projections of worldwide smartphone ownership nearing 67% by year-end 2011, mobile browsing may continue to become passé.  More mobile users will continue to turn to their downloadable apps for instant ease for locating what they want.

I am a professor of Marketing at Full Sail University in the Digital Marketing degree. I teach a wide range of classes in mobile and emerging technology marketing, storytelling, content marketing strategy, new media distribution channels, and personal branding. I also currently serve as a LinkedIn Advisor and as a Past-President of the American Marketing Association of Orlando. My interests are in music, film, television, and art.

Error: Twitter did not respond. Please wait a few minutes and refresh this page.